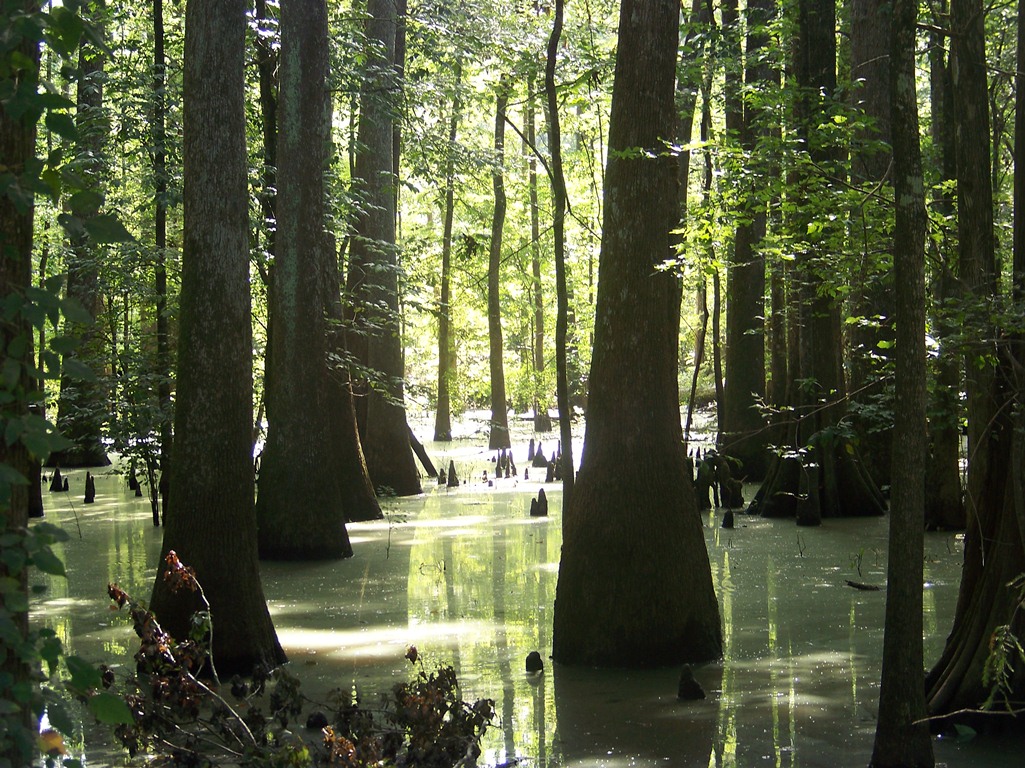 This is part of a collection of ideas for building out a less-than-common adventure where you can put your own dungeon or NPCs–things that test the players and PC’s ability to think differently. These will be revised in future posts with increasingly detailed mechanics and shaped for more specific play.  Take what you like, let me know how it went.

Preface as to WHY

I think it’s perfectly legit (and a bit evil, yes) to identify areas in the rules that players just aren’t keeping in mind when they adventure. Distances… conditions (many of them)… reaches… natural hazards… etc. Its easy to focus on “to hit” and “to damage” and “range” and “armor class” and even spell effects.

But how often (in relation to those) do you have a party thinking of preparation and tactics worked out to compensate for losing their weapons (a la Rust Monster)? That’s why those monsters are so enduring… because they put the party on its butt and remind them that the world is big and the ways to die or fail are many. This is not just a two-button NES game of tactical issues.

So, What’s The Gimmick?

I have found players absolutely wrecked by grapples, in my experience so 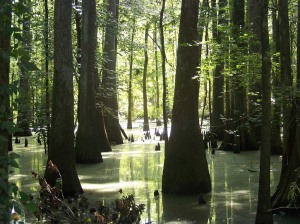 far. They interfere with “what I was gonna do” and interfere with a party’s desire to control the battlefield. And add to that the ability to take PC’s out of the fight (effectively), and its a logistical nightmare for those that always count on the fighter keeping them safe from the baddies.

Crocodiles bite/grapple. There are several monsters that excel at grabbing with a hit or auto-grappling. Lots of things that engulf! Which are awesome problems. The shove Action is beautiful and underthought of. The Pin and Prone conditions are such a major pain in the ass for victims. Coordinated attacks (“you pin him, I’ll hit him” or “you shove him this way and prone, and I’ve got my attack readied for that to clobber him”)… all of that is some serious pain in the butt.

Think of the Louisiana Bayou (from the movies, really). All very difficult terrain, water and mud to your thighs and knees and then BAM deeper waters and it all looks the same on the surface. Having horses could help a little (but so many parties eschew wasting money on animals) and having a boat would be perfect (but so few ever buy a canoe). Constant issues with failed Dex saves (low DC’s but littered all over every few minutes) because getting a boot stuck in 18 inches of mud is a tricky thing. And it sets the stage for how worried they should be if they have to run into or away from a fight in this environment. They already know how easy it is to “step in a patch of mud”.

Add in the first layer of monsters. Giant insects–wasps, dragonflies, mosquitos (stirges), etc. Poisonous snakes. Etc. This is a dark place of creatures that have no fear of little men scrambling badly through their habitats. Not a big deal to hit someone with a little poison, until its time to roll those disadvantaged dice on common things they need to accomplish.

All a slog of frustration and worry. That’s the first layer. That should be everywhere–your handy random encounters Table 1.

Second layer, larger animals that grab and drown prey–because that’s what happens in the real world. Sure, you could toss a lion at them–but a lion wouldn’t last in this great HUGE swamp. A crocodile? Giant Croc? Definitely. And cleverly. And quietly. Grabbing the unwary (lots of advantage to hide in this environment, even from the VERY perceptive) and dragging them down into the water and mud and below the scum on the surface? Maybe some Con checks to not choke on inhaled water from the surprise grab-and-prone. Maybe some risks of exhaustion points from the wet and the environment and the choking on stagnant water and trashing and fighting. From slogging around trying to wear your armor in all of this water and mud and heat and exertion.

Hindered movements and poisonous creatures on top of ambushes from predators like that? That’s two layers–that’s the base for this environment.

Eventually, just taking off the armor makes movement and a lot of these issues easier. You can more easily struggle through the bayou if you’re not strapped with layers and layers of cloth, leather, chain, and plate.

Then we get to the meat of it…

The Meat of It

Oozes. Shambling Mounds. Jellies. True monsters that could live in this place and be at the top of the foodchain. An ooze almost invisibly drifting around a great swamp and engulfing prey–crocs and boar and whatnot. Shambling mounds that barely move but lash out and engulf giant birds and snakes out of trees.

That “firm ground over there”? It’s a shambling mound. Or two of them, even, just resting in the water–their backs looking like a perfect place to dry out and reduce some exhaustion. They’re ambush predators… they let things get CLOSE.

We see oozes and whatnot all the time in dungeons. But in a place where they are virtually indiscernable from their surroundings? And that ON TOP OF how unforgiving the environment is?

Oozes are slow… but the party, in this place, is almost AS SLOW. And can easily get stuck, grabbed, pinned, tripped into the water (where even getting up is your WHOLE movement–difficult terrain and whatnot). Makes people who can resist grapples, move freely and well, get up for “free” or 5ft., handle elements, have HIGH perception, etc. all valuable and the “armorsword” and the “spells’n’wands” folks severely disadvantaged.

The story could surround all sorts of things, but I’d leverage the feel of the place…

A mausoleum in the great swamp. The haven of a dark mind. The rumors of a hundred adventurers (and their treasure and fabled items) over the years slogging into the swamp to free it of this force… none returned.

Seeing the mausoleum–the (remnants of the) party pauses and wonders what evil creature lives within. What arcane necromancer dwells here. What dark secrets?

They never notice the pitch black creature behind them rise quietly from the waters and murk. Great horned head raised high above them. It isn’t until it flaps its dark wings and a small typhoon drenches them that they turn and see it… and the sizzling of the ground as its grin drips with a putrid acid.

Or… the rumors bring them to this place–greed and avarice about–but it turns out to be one of the last sacred places of Druidkind and the keepers of the green do not care for the intrusion or the chance anyone should tell the world of this place.

Being chased by even low level druids in an escape from a swamp sounds hellish, by itself.

3 thoughts on “Adventures in the Bog of Horrors…”